We are proud to have an Anti-bullying Committee at Hady.  A group of our Y4 and Y5 pupils have recently undertaken Anti-bullying Ambassador training offered by The Diana Award.  We are working towards earning badges for our efforts to ensure we are learning, playing, and growing in an environment where bullying does not feature because we have got in front of it with our anti-bullying ethos. 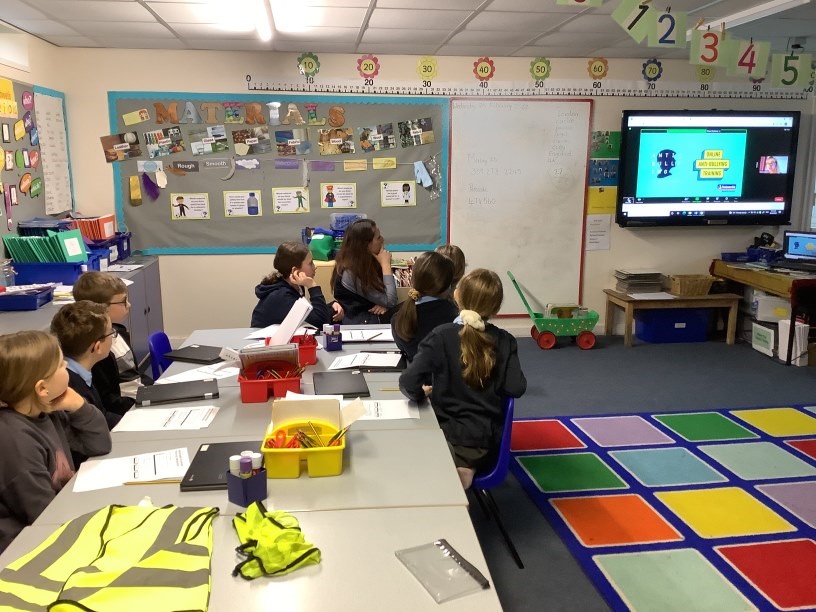 As part of Hady Primary Schools anti-bullying campaign, 20 Y5 children took part in an equality and diversity workshop, delivered by James from the Anne Frank Trust.

On Day 1 we looked at extracts from Anne Frank's diary to help us to recognise what makes us different yet the same.We investigated the stereotyping, discrimination, antisemitism and prejudice that Anne suffered, and compared this to the modern day issues that are in the public eye today.

During Day 2, we were tasked with ways we could deliver these messages. We worked in groups and became creative, one group produced a small play, which they delivered to their audience, with the moral of the story telling others that everyone needs a friend.  We created anti-bullying posters to teach others about the dangers of cyber-bullying, and used Scratch to develop an animated message.

Another group wrote their own poem about anti-bullying at Hady Primary School, with the final group writing and performing their own anti-bullying rap to spread the message.